UNDER FLOODS THAT ARE DEEPEST, WHICH NEPTUNE OBEY,

OVER ROCKS THAT ARE STEEPEST, LOVE WILL FIND OUT THE WAY.

When Qntal first appeared on the scene with their previously unheard, bold mixture of medieval melodies and Electro back in 1992, they took the world by surprise. Of course people had heard medieval music before and were fairly familiar with electronic music, too. Combining them, though, was an unexpected novelty. To this day, Qntal are forerunners of a genre they themselves helped establish – and now they add just another fascinating chapter to their immaculate vita with the stunning opus that is “Qntal VIII – Nachtblume”. 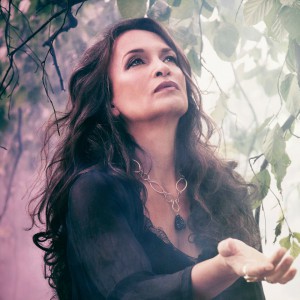 From its first hour, Syrah has given QNTAL its unmistakable “sound” with her charismatic and versatile voice.  It is she that collects the lyrics for every new CD, the whole year scouring through libraries, pouring over tomes of poems, and intuitively making her selections, often revealing some undiscovered treasures.  These colorful texts, originating from Troubadours, Minnesingers, Mystics, and English romantics of centuries past, inspire Michael Popp in the composition of his unique and timeless songs.  Syrah is also responsible for the optical appearance of QNTAL and is probably our greatest lover of art.  Some of her favorites: Poems of W. Blake and I. Bachmann, Paintings of van Eyck and Bacon, and all of the wonderful archaic and mystical structures of the Romantic.... 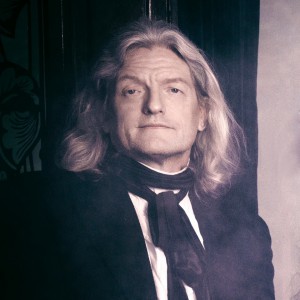 Michael Popp studied at the Mozarteum in Salzburg and there developed a particular interest for Early Music, especially that of the Middle Ages.  He has founded various ensembles with Sigrid Hausen alias Syrah:  ESTAMPIE - an ensemble for Medieval music, QNTAL - a mix of Medieval and Electronic, VOCAME - Medieval vocal music, and the AL ANDALUZ PROJECT- A folk project featuring the Christian-Jewish-and Muslim Music of Spain.  Michael plays many diverse instruments, some quite exotic and unusual, on which he roguishly demonstrates his expertise in his various ensembles as well as in theatrical productions.  In QNTAL, he composes the songs to texts that have no melody or whose melodies have been lost. 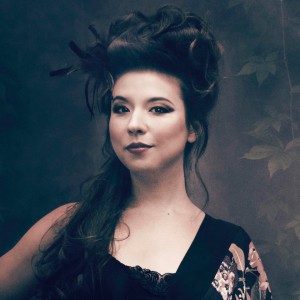 Mariko made her first appearance with QNTAL on the Silver Swan Tour in 2006.  Already then, the onstage and musical chemistry between her, Syrah, and Michael Popp was apparent. Soon after, she made the move from New York City to Munich to found VOCAME with the two and to join the line up of ESTAMPIE. After several years of intensive work together, she has been able to develop the perfect vocal blend with Syrah as well as add a glittering height: up to a C’’’!. This combined with her “rock ‘n roll” violin stylings and fresh stage presence have taken QNTAL’s signature sound and look to the next level. As QNTAL’s “Junior” member, Mariko also serves as the band’s voice on the internet, communicating and documenting all goings on through Facebook, Twitter, and YouTube. 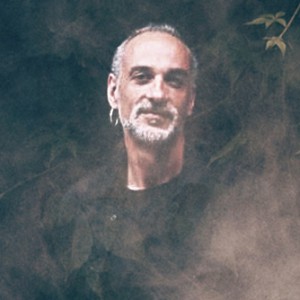 The Kulmbach born drummer has been QNTAL’s live drummer since the 2005 Ozymandias Tour.  Markus is famous for his energetic drumming style which is both subtle and finely, elaborately arranged.  His musical intuition and powerful beats are a vital piece to the melodically complex compositions of QNTAL.

Since 1993, Markus has resided in Berlin.  Aside from QNTAL, he has played concerts, international tours, and on productions with artists such as Artwork, Goethes Erben, Wolfsheim, and De/Vision. 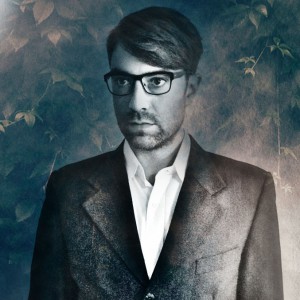 Leon graduated with a degree in sound engineering from SAE and after years of working in various studios in Munich, finally settled down at Weltraum Studios where he now works as a free producer and sound designer.  His work with the most ecclectic of projects makes the DJs sweat and the people party.

After producing one of the first remixes for Estampie several years ago and discovering that not only do he and Michael Popp live in the same neighborhood, but practically vis-a-vis from each other, a friendly and lucrative collaboration seemed almost a matter of fact.  The production of the seventh QNTAL album was only the first milestone in an exciting path together.

Graced by multi-language poetry, Qntal once again bewitch their unusually broad audience, among which are fans from the medieval scene, but also from genres like Electro, Gothic or even Heavy Metal. Indeed, even people listening to Pop or classical music tend to gravitate towards Qntal. Consequently, what’s really special about these artful and emotional musical pictures is the diversity as well as a stunning display of talent courtesy of singer Syrah and sound wizard Michael Popp.

Their latest effort is no exception to that rule. Four years after “Qntal VII”, “Qntal VIII – Nachtblume” takes its avid listeners back to that strange but lovely place of enchanted melodies and weightlessly floating sounds. Piercing, almost sacral vocals, elegiac harmonies, oscillating electronics, a solemn aura, catchy melodies – there’s simply no better way of describing this unique project than that of Qntal being the German answer to Dead Can Dance. That makes even four years of silence worth the wait – even more so given the fact that Syrah and Popp also fulfil their visions in the purely medieval project Estampie and the vocal ensemble VocaMe. This time around, though, they got amplified again. “When you’ve played classical concerts in churches for the better part of a year, you tend to get drawn back to computers and synthesizers”, composer Popp laughs.

With a numeration true to the past releases, also “Qntal VIII” is to be seen as another part of a closely connected body of work. “We feel that we are connected to every single one of our songs – just as they are among each other”, the studied vocalist Syrah explains. “Over the year, we collect inspiring poems and texts, often being drawn to the treasure chest of medieval times. Poems of English writers like Byron already inspired songs on “Qntal VII”. In them, the spirit of English romanticism unites with a look back on medieval times and sheer artistic prowess to become a veritable bonanza for a musical interpretation.”

Ultimately, with lyrics by German fantasy heavyweight Markus Heitz (author of “The Dwarves”), “Qntal VIII” finds its way into the present, too. Without such a journey through time, a Qntal release just wouldn’t be complete. Or, as Syrah puts it: “We’re playing music with lyrics from forgotten centuries, feed on a perspective on past, present and future and thus radiate a certain timelessness.” This of course being one true sign of great art.

Sometimes, a start indeed is something magical. Something strange. Just like back then, all these years ago, when Syrah, Michael Popp and Ernst Horn founded this band. A truly unique project was born whose debut “Qntal I” already propelled the trio, exclusively coming from the serious shores of classical music, into a scene that back then didn’t even know it existed. Things are radically different today, of course. And still, Qntal remain the genres’ founding pioneers who managed to extract something truly original from two musical realms – a thoroughly unique voice. Once again, “Qntal VIII – Nachtblume” proves that no one speaks it as well as they do.